Aliens is an innovative and exciting online pokie that takes gaming to a whole new level. This 15-payline pokie features a three-level bonus feature – each based on different scenes from the Aliens film. Players will appreciate the cinematic graphics that immerse players in a unique experience whether they are playing online or on mobile devices. Read our full review below.

Aliens is a branded online pokie from Net Entertainment. Based on the classic science fiction film of the same name, this innovative game features impressive bonus rounds, generous winning potential and realistic graphics. The game only features 15 paylines, but there is still plenty of winning potential.

As players spin the reels, there are many chances to win. Wild symbols are plentiful, and there is quite high volatility. You can expect to cash in on wins frequently, making for very exciting gameplay.

When you trigger the bonus game, you set off to track down the alien aboard your spacecraft. This is a free spins round in the form of a first-person shooter game, as you shoot your way through waves of alien attacks. After the each free spin, you come face to face with an alien, and you have the chance to shoot it down. If you run out of ammo, then the free spins round ends. 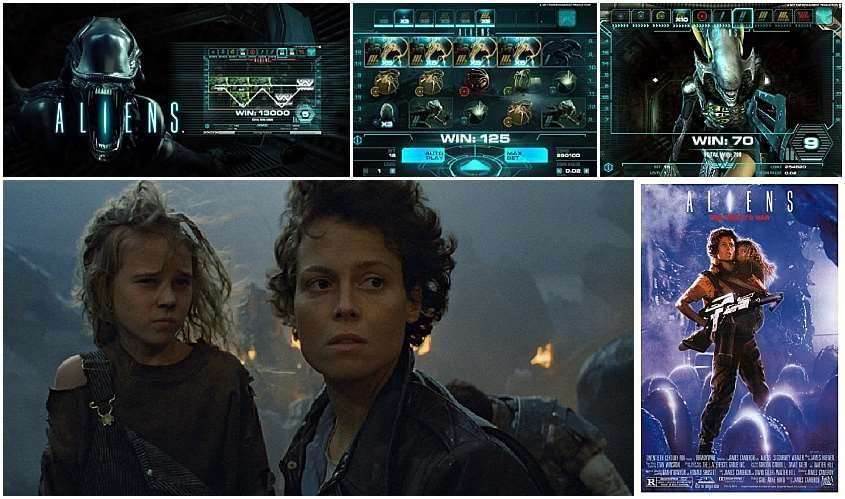 If you are successful, then you trigger the next round of the bonus. The final bonus round is called Level 3: The Hive. In this round, it is up to you to destroy the Queen and her hive. There is a Hive Health Metre which measures how much damage you are doing to the hive. There are four levels to the metre, each corresponding to a bonus prize amount.

If you defeat the Queen, then you win the maximum prize. All of these bonus rounds are well thought out, making Net Entertainment’s Aliens feel more like a video game than a poker machine. Some of the bonus rounds may be a bit difficult to understand at first, but you will eventually get used to the complexities. As such, this online pokie is best suited to modern players rather than classic pokie fans.

Aliens is one of many impressive branded pokies from Net Entertainment. So, if you love this online pokie, you will certainly enjoy games like The Invisible Man, South Park and Scarface.