Based on the hugely popular cartoon series of the same name, South Park is one of Net Entertainment’s most popular pokies. This 25-payline game features bonus games based on all of the show’s main characters and offers up an exciting gaming experience that pokie fans of all kinds will be able to enjoy. It is available on both mobile and desktop platforms. Read our full review below.

Net Entertainment is one of the most popular online pokie developers in the online casino market. Over the course of the past few years, the company has made a name for itself by developing innovative and exciting games for players to enjoy. Some of the company’s most popular games are based on television shows, movies and video games – and South Park, is just one of these fantastic branded games.

Net Entertainment’s South Park online pokie based on the hilarious cartoon of the same name. The developers have done an incredible job of emulating the art style of the cartoon, with characters from the series all over the reels. Kenny, Cartman, Kyle and Stan are the highest-paying symbols while the J – A poker symbols are based on secondary characters like Mr Garrison and Butters.

The South Park online pokie from Net Entertainment has more bonuses than any other game we’ve come across. In addition to offering players plenty of base game bonuses, there are bonus games for each of the main characters of South Park.

South Park is one of many branded online pokies from Net Entertainment. There are plenty of other fantastic branded games from this developer, including Frankenstein and Aliens – bringing popular television shows and movies into the online casino world. Normally, you would have to wager real money on these games at online gambling sites – but we offer them all for FREE here at Online Pokies 4 U. 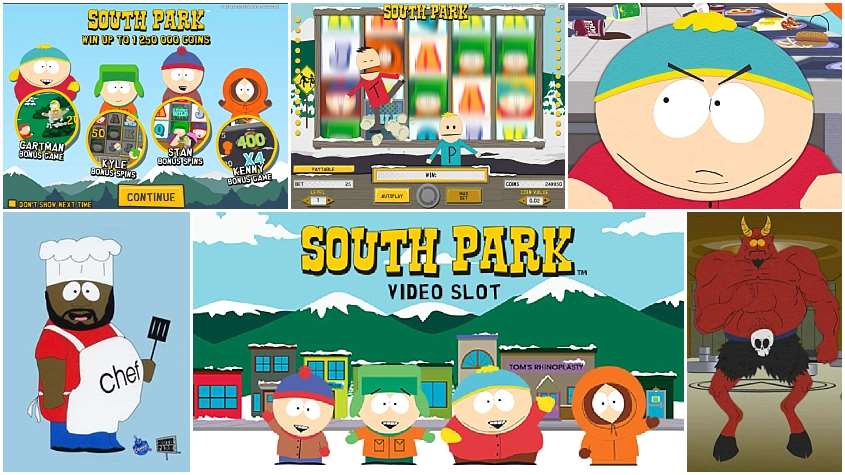